Cairns is the more renown city  of the two, especially with international travellers as afterall it is the city with the airport, so a lot of travellers fly into and out of the country.  Port Douglas though is only an hour away on one of the most beautiful coastal drives in the country.

We have been to Cairns a few times as I usually fly home with Jetstar from Osaka to Sydney via Cairns but have only stayed a day or two each time. I was there in March last year for a couple of days. We have only been to Port Douglas once in which we stayed five days.

Which city do we like best, where would we recommend you to holiday between the two if you only had to choose one. Continue reading to  see which we think is the best.

People will be really surprised that Cairns doesn’t have a beach as the city was built on mud flats so the water is a murky brown colour.  The city though has an impressive esplanade along the banks of the flats which locals and tourist use for their daily jog or walk.

The manicured lawns and the community pools makes for a nice location for a leisurely day sitting around in the sun chatting with friends, listening to musicians or taking a swim when you get too hot.

The beaches of Cairns are about 20 minutes away north of the city with Palm Cove apparently being the best. We have never been to this suburb though.

Port Douglas has one of Australia’s most famous beaches 4 Mile Beach located at the end  Macrossan street. The beach, a tropical paradise with golden sand and palm trees lining the length of the beach which is at its best from April to September. The beach is great for swimming and lounging on the beach chairs.  The rainy season brings a bit of debris to the sand and during that time make sure to swim in the net which protects you from the deadly box jelly fish.

This is what we should have discussed first but I thought it was more important for people to know that Cairns doesn’t actually have a beach.  Cairns is definitely classed as a city but is still very easy to get around on foot.

Cairns though definitely has a different feel to it though compared to Port Douglas. Cairns caters more for the back packer or budget traveller so there is a more lively feel to the city with many restaurants, bars and travel shops throughout most of the downtown area. The downtown area mostly consists of older hotels.

If you are a young and active person then Cairns is probably the place for you because it caters more for backpackers.  It would probably suits your needs more than Port Douglas.

Port Douglas is more of village than a town with virtually everything located in and around Macrossman street, the beach, shops, restaurants and bars. What is great about Port Douglas is no hotel or resort is allowed to be more than three stories high leaving many of the views unobscured.

Port Douglas caters more towards families or older couples and has a more upscale appeal than Cairns. The town is made up of newer hotels and resorts as well as being on the footsteps of two world heritage sights in the Great Barrier Reef and the Daintree Rainforest.

Cairns being the bigger city and catering for a younger crowd has way more drinking options than Port Douglas and could very well be the reason you would choose between the two places if drinking was one of the things that could influence your decision.  Cairns has everything from bars, pubs, Irish pubs as well as nightclubs. Guest houses as well usually have some kind of bar attached to it as well as coupons for cheaper priced drinks.

Cairns as well has a larger array of restaurants mainly just because the city is bigger as well as having more tourists.. There are plenty of cheaper restaurants but Cairns still has its mix of fine dining. Cairns’s best restaurants are Bellocale on Sheild street for Italian and also there’s some great restaurants on the pier overlooking the water.

Port Douglas isn’t a place for drinkers but this is not what the town is about but having said that it’s still not too bad if you want a quiet drink as there are two pubs in town on Macossan street as well as some other bars which turn into clubs as the night goes on. The Iron Bar also hold cane toad racing nights which sounds like lots of fun.

To get to the reef Port Douglas is actually closer to the outer reef however with faster boats leaving from Cairns and the vicinity of Cairns to Green Island and Fitzroy Island make for great trips  to the reef which you probably couldn’t take from Port Douglas. 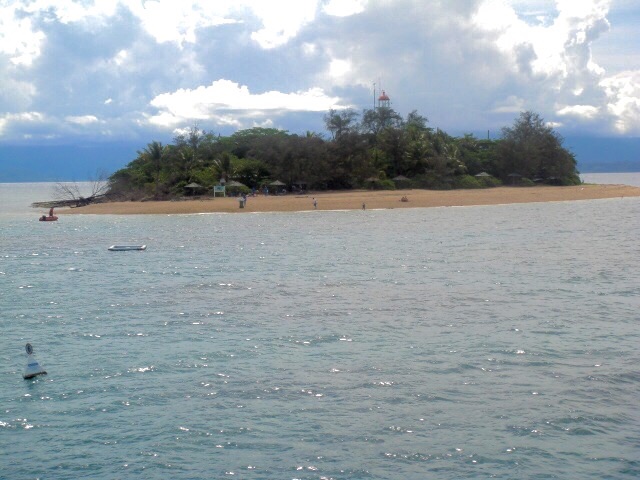 Port Douglas is the closest town to the Great Barrier reef which is the outer reef. We went out to the Low Isles which was an amazing day trip. It is also closer to Daintree Rainforest and Cape Tribulation than Cairns so it means less time on the road.

Cairns offers more tours and due to the competition can offer them at a cheaper price. There is still a lot to do in and around Port Douglas. Having a car would make it that much easier.

3 thoughts on “Cairns vs Port Douglas which is better”