The  pastel colored buildings, cut into the hillside formed the colourful town of Gamcheon known as the Machu Picchu of South Korea as both places were built on hills but that is where the comparisons should stop as one was a striving rich Mayan civilization while the other was the poor escaping from the port side area of Busan during the Korean War they fled settling in the area of Gamcheon. 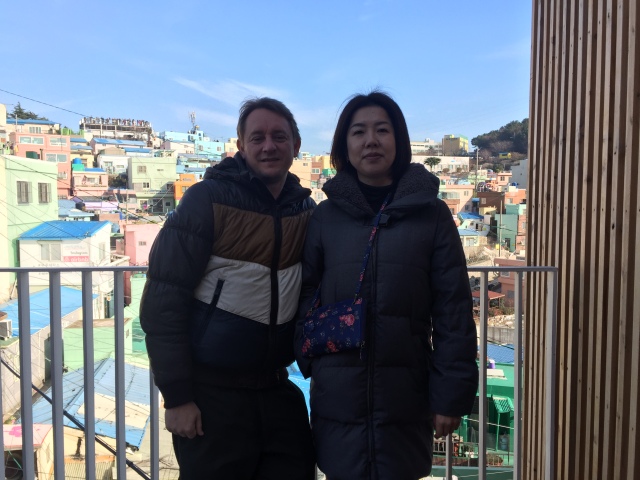 The town has always been painted in shades of pastel hues but it wasn’t until 2009 when art students came into the town having been given grants by the government to add modern art to the area to help bring people into the Busan slums.

Gamcheon is now a tourist hotspot especially amongst local tourists as people traipse around the hillside enclave often becoming lost in the alleys that entwine the village. To help with ones direction fish plaques placed on the walls indicate you are on the right path to either the main road or some modern art left by the artists. 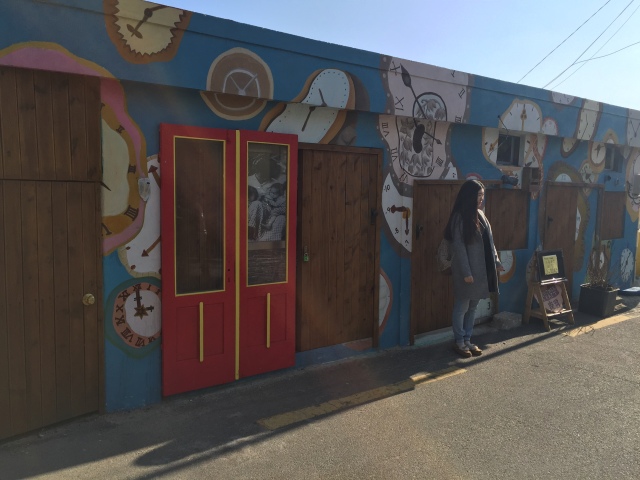 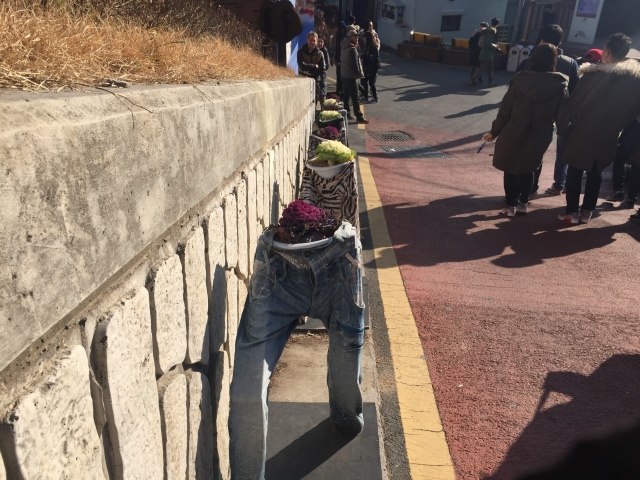 While the local tourists and the government have been left happy with the transformation of this area you can’t help but feel for the people of this village who now have trouble with their daily lives and hard time avoiding the tourists who flood this touristy town. Like they had previously done in the 50’s or like their parents had done, the homeowners now flea not because of war but because of tourists who intrude on the space of their homes with over 300 houses having been abandoned.

How to get to Gamcheon village

Take Subway Line 1 (accessible from Busan Station) to Toseong Station.
Come out Exit 6.
You will be facing an intersection. Turn right at the corner and walk straight. You will see a hospital on your right. The bus stop is right in front of the hospital.
Take either Bus 2 or 2-2.
This will take you to Gamcheon Culture Village at top of the hill.

Have you been to Pusan and the Gamcheon Village?

4 thoughts on “Gamcheon Cultural village is no Machu Picchu”