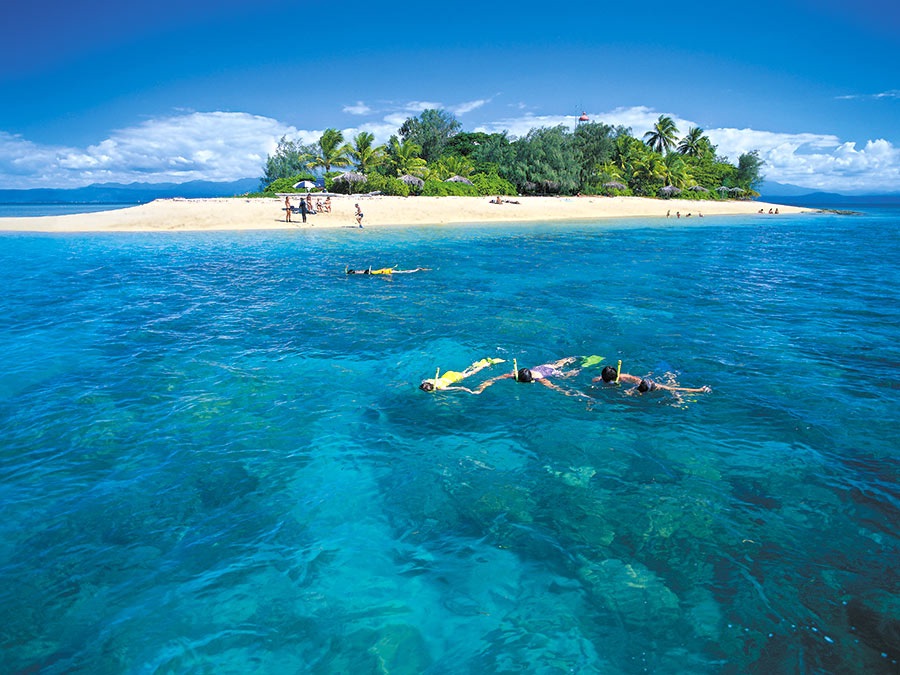 Whether you are in Cairns or Port Douglas one of the must things to do is to take a boat out to the Great Barrier Reef. There are a few options which are very popular with day trippers that sail either out to Fitzroy or Green Island which are closer to Cairns or a trip out to the Low Isles which is closer to Port Douglas.

As we were staying in Port Douglas we decided to take the Quicksilver catamaran out to Low Isles as the islands are only 13 kilometres from Port Douglas. This helped with our decision as well as the fact that the tours are catered for roughly fifty people where if you were going out to one of the other islands the boats are much larger and cater for around 100 people. Quicksilver is one of four companies that are licensed to moor at Low Isles. 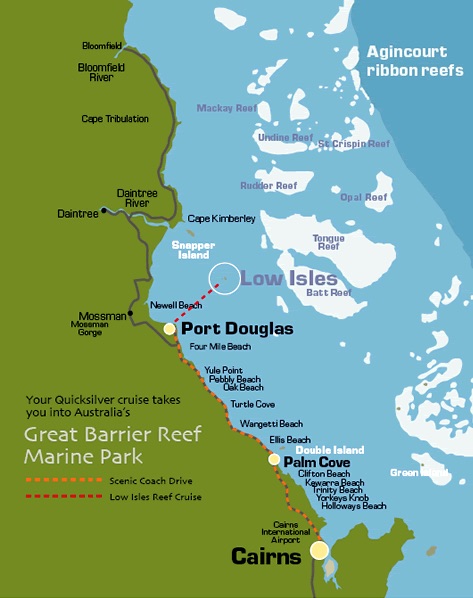 Wave Dancer is Quicksilver’s premier catamaran that takes people out to Low Isles, the 30 meter luxury catamaran has a set of masts but on the day that we sailed out, the engines were used.

We sat out in the sun under the masts, relaxing on the deck for the hour that it takes while others sat in the comfort of the lounge where they could listen to the commentary on the the Great Barrier Reef and the Low Isles.

There was also a marine biologist instructing people on how to snorkel and introducing the other activities that you can participate in diving, glass boating and nature walks.

Lunch on board consisted of  chicken, prawns slice meats and salads. 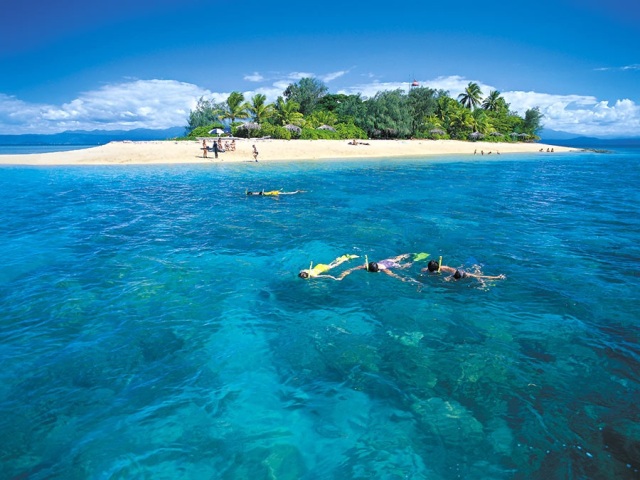 Captain Cook in 1770 described the island as a small low island and was officially called Low Isles in 1819.  Low Isles is a 4 acre coral cay surrounded by 55 acres of reef. The corals are very close to the island, which makes it perfect for snorkelling, especially for beginners as there is access directly from the beach.

The catamaran is unable to dock on Low Isles therefore you have to take a small boat over to the island . Quicksilver provide all snorkelling equipment including lycra suits during the jellyfish season. Snorkelling wasn’t very difficult and actually felt like we were in a dream floating on the water amongst the white bleached coral. Fish were in abundance as we watched the colorful blue, green and purple parrotfish darting in and out of the coral. Other fish that we recognized were the striped angel fish but unfortunately we never saw a clownfish which is the type of fish which anemone is.

The reef is so close to the shore therefore the water is very shallow so be careful not to stand on the coral or be prepared to yelled at by the marine biologist.

We enjoyed our first time snorkelling that we never participated in the glass boat viewing which we heard offered better views of prettier coral. There is also an informative guided walk around the island by the marine biologist which takes you around the island and to the lighthouse which Has been operating since 1878.

An informative Marine Biologist presentation is shown in the main cabin

A snorkelling demonstration is conducted during the journey to Low Isles

Lunch is served aboard Wavedancer. Enjoy your tropical buffet. Bar operates throughout the day.

A guided beach and heritage trail walk is conducted by a Marine Biologist. This walk departs from the shuttle boarding area on the beach.
2.45 pm

Last shuttle leaves the island to return passengers to the vessel. Afternoon tea is served depart Low isles for Port Douglas. Relax under the sails on your homeward journey.

Having never been to any of the islands on the Great Barrier Reef we feel that Quicksilver operate very good tours to the Low Isles. The reef is good for snorkelling especially for families or first time snorkellers.

If however we were back in the area we would like to sail to another island so we would be able to compare the differences between the islands and reef.