The spires of the Uluwatu temple looms in the background along with the Indian Ocean as the sun began to sink engulfing the sky turning it a bright orange. The dying rays permeating the stage where a troup of fifty bare-chested men wrapped in a black and white cloth draws your attention as they begin their hypnotic chanting of cak, cak, cak as they start their performance of the famous Kecak dance. Unlike other dances this is performed without the gamelan orchestra instead the troup grip you with their chants. 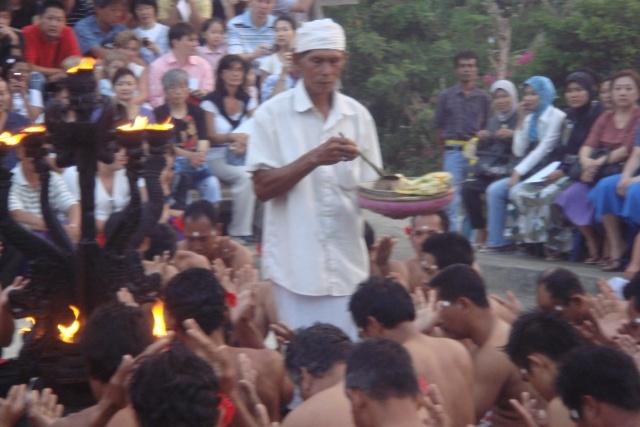 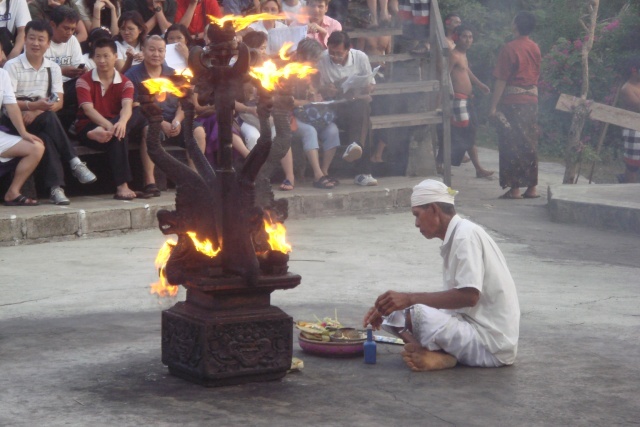 The Kecak was based on a traditional ritual but surprisingly was adapted in the 1930’s when a German Walter Spies became interested in the ritual while living in Bali.

The dancers swaying arms, movements and sounds depicts a troup of monkeys while the famous  epic Hindu story of Ramanya is carried out. The entangled story has an explosion of twists and turns that will leave you glued to your seat as you follow the story of a women who is stolen from her husband ( a prince) by a demon. The prince and his brother take on the task of the challenge to rescue her. 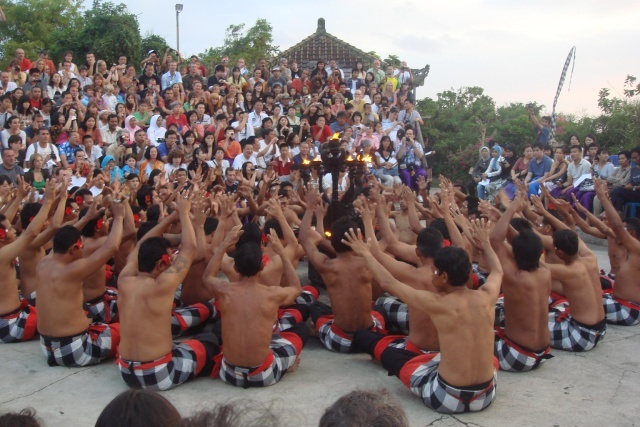 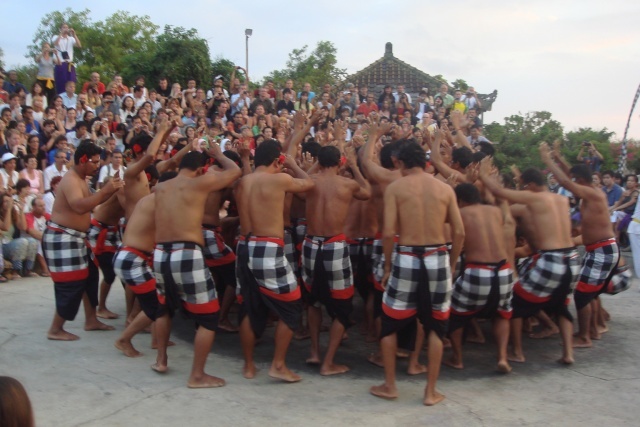 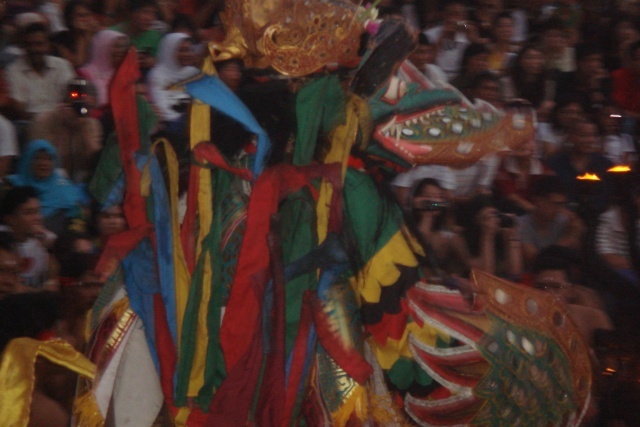 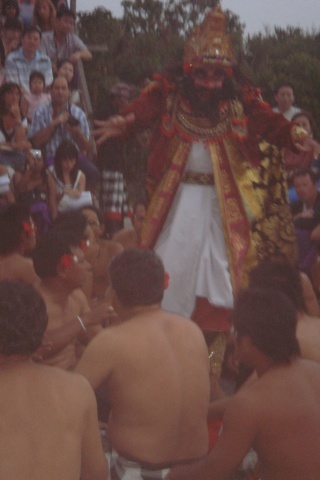 The dance lasts for an hour and just as dramatic as the sunset was the climatic performance of the monkey king setting the castle in a blaze of fire will leave you burning for more of this epic story.

How to see the Kecak dance

The show is for tourists but you couldn’t ask for a better setting. To get to Uluwatu temple hire a taxi for about $25-30 which will pick you up from your hotel, take you to Uluwatu temple, explore the temple, watch the kecak dance and finish at the seafood restaurants on the shores of Jimbalan before taking you back to your hotel.

Admission fees and cost of eating at the restaurant will not be included in the price.

One thought on “Kecak dance at Uluwatu Temple”