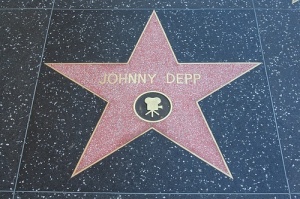 Hollywood is synonymous with the rich and famous, the king of film and television has gone through a lot since the glitz and glamour of its hey day. You may no  longer be able to see anyone remotely famous except perhaps at a movie premiere, the night of the Academy awards or someone being presented a star on the walk of fame .

That shouldn’t stop you from spending a day with the family in Hollywood. Children and parents as well, will love the kitsch of the city of dreams.

The Walk of Fame

Over 2500 stars have been embedded along the streets of Hollywood Boulevard and Vine street. The first star to be immortalised was Joanne Woodward in 1960. To be awarded a star, you must be talented in one of five fields  motion pictures, television, recording, live theatre or radio.

Children will love searching for the stars that they know and posing for pictures. Do you know more stars than your children?  Why don’t you find out. 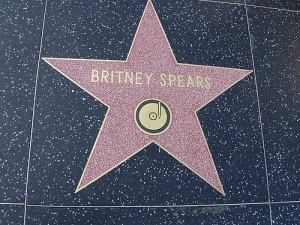 This movie theatre has been opened since 1927 and was previously home to the Oscars. Children love comparing their hand and shoe size to the prints of film stars on the forecourt of the  theatre. The theatre is also one of the best preserved movie palaces of Hollywood’s golden era.  Still many movies, premiere at this theatre.

Outside there are many street performers dressed in character.  Your children may love to have their photos taken with the likes of Jack Sparrow, Spiderman or other characters but don’t forget to give them a small tip for the privilege of taking a photo.

The landmark Hollywood sign rests near the  top of Mount Lee, it can be seen from many places in Hollywood. Unfortunately you can’t hike all the way to the sign as it is protected from vandals, behind fences and has strict electronic monitoring. A good place to see the sign is from the Hollywood and Highland centre,next to the Grauman’s theatre.

Let your children’s imagination run wild at this hands on wax museum. Madame Tussuads has brought Hollywood to life through their wax figures. Your child can touch, play, dance, sing  or pose with these figures. It is bound to put a smile on their face and you’ll be there to capture it all on camera. 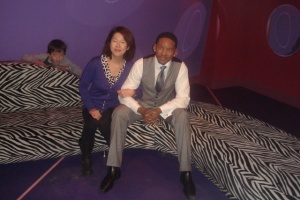 This is your opportunity to see where your favourite celebrities live. You’ll be taken in a bus, a van or even a limousine through the Hollywood hills into secluded neighbourhoods to see manicured lawns, gated mansions and close up views of the Hollywood sign. You’ll be shown where movies were filmed and if your extremely lucky, even spot a celebrity coming or going from their house.

Prices weren’t set and were definitely negotiable when we did our tour. If you have your own car you can buy a map to the stars for $10.

Paramount studio is the only studio still working and operating in Hollywood. You’ll be taken around in a cart through some of the famous spots in studio history, learning what goes on behind the camera. This is the only studio that allows you to take photos. On the tour you’ll see outdoor sets, props and wardrobe apartments as well as a visit to a sound stage.  Unfortunately you won’t see anybody making a film.

Watch a movie at El Capitan

Ok, I know you can watch a movie anywhere but why not have a true Hollywood experience by watching a movie at El Capitan theatre. A movie palace that has been brought back to life by Disney. This theatre is not your regular theatre as it only shows Disney films. You will be entertained before the show not only by an organist but also with a live stage show with dancers and characters from past and present performing.

Hollywood may not have the glitz and glamour that it once did but your children will make you feel like it’s back in its golden era. A place that once made  dreams come true.

Have you been to Hollywood? We would love to hear your experience.